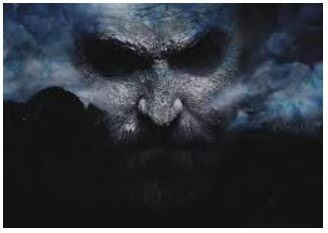 That is not the testimony that Christ bore of the Father. “And this is the message we have heard from Him and announce to you, that God is light, and in Him there is no darkness at all.” (1 Jn. 1:5 NAS)

Some have cited the two incidents where Moses interceded with YHWH to spare Israel when He announced that He was going to judge them for their rebelion as evidence that Moses essentially challenged YHWH to a higher level of righteous. That reveals more about those Open Theists than any putative darkness in God. Indeed it has been my observation that many of them do not have a coherent view of the psychology of moral action and consequently and do not understand that love and selfishness are mutually exclusive purposes of life.

Take for instance their queer fascination with Old Testament Scholar Walter Brueggemann, whose take on momentous intercession by Moses and God’s willingness to turn from His just indignation stands as an exercise of pitch black proportions in psychology:

==========
“My take on it is that the God of the Bible is “in recovery” from a propensity to violence, a recovery that requires, on God’s part, intentionality and resolve against an easy reactive treatment of any opposition. Such a view permits us to see that the character of God in the Bible is a real character, with a real internal life, and an on-going resolve to be faithfully God.

On the one hand, we can see texts where God is challenged for God’s propensity to violence. In the narrative of Exodus 32, God in God’s anger is about to assault the recalcitrant Israelites. Except that Moses intervenes and intercedes on behalf of Israel. Moses urges God to reconsider for the sake of God’s own reputation (Exodus 32:11-13). In response to that intercession, it is reported:

And the Lord changed his mind about the disaster that he planned to bring on his people (v. 14).

Later on, in Numbers 14, Moses again intercedes to change God’s mind about God’s proposed wrath. This time, in verse 18, Moses quotes God back to God from God’s statement in Exodus 34:6-7), and urges God to act in forgiveness. The exchange goes like this:

Forgive the iniquity of this people according to the greatness of your steadfast love, just as you pardoned this people, from Egypt even until now. Then the Lord said, “I do forgive, just as you have asked… (vv. 19-20).

If you are an Open Theist and you do not know that Brueggemann is a significant influence among millennial’s who have theological interests and self-identify as “Open Theists” may I urge you expand your field of vision. That such a view is in diametric opposition to Jesus’ teaching is countered by them by saying that “Christ is the evolved state” that God who has been “stretching” since the Golden Calf incident, has finally arrived.

But to come full circle on the initial criticism that many seem bereft of any coherent view of the psychology of moral action I’m going to quote from Finney’s publication, “True and False Conversion” as a consistent application of what love in both God and man means as the backdrop of exegesis of Moses’ two-fold intercession over the rebellion of Israel in the wilderness.

“So Moses had respect to the recompense of reward. But was that his own comfort? Far from it. The recompense of reward was the salvation of the people of Israel. What did he say? When God proposed to destroy the nation, and make of him a great nation, had Moses been selfish he would have said, “That is right, Lord; be it unto thy servant according to thy word.” But what does he say? Why, his heart was so set on the salvation of his people, and the glory of God, that he would not think of it for a moment, but said, “If thou wilt, forgive their sin; and if not, blot me, I pray thee, out of thy book, which thou hast written.” And in another case, when God said he would destroy them, and make of Moses a greater and a mightier nation, Moses thought of God’s glory, and said, “Then the Egyptians shall hear of it, and all the nations will say, Because the Lord was not able to bring this people into the land.” He could not bear to think of having his own interest exalted at the expense of God’s glory. It was really a greater reward, to his benevolent mind, to have God glorified, and the children of Israel saved, than any personal advantage whatever to himself could be.”

This is a coherent exegesis that has taken to the logical conclusion the Biblical affirmation that God is love.

* citations taken from Brueggemann’s blog: /god-in-recovery-by-walter-brueggemann/ – (search on the phrase to find the blog.)